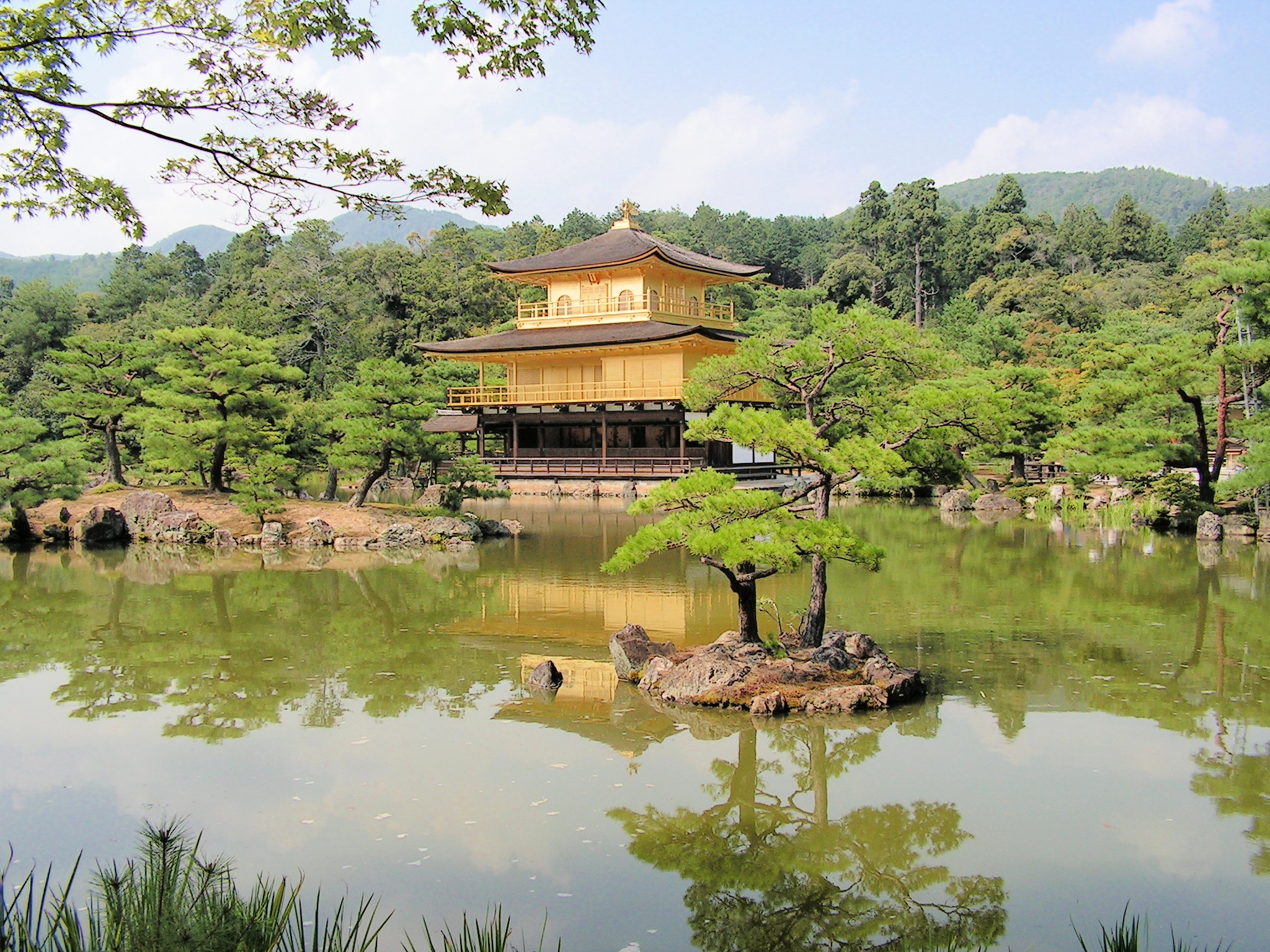 These are a few of the photos I took on visits to Japan, which hopefully give a flavour of this fascinating country.

Tokyo is a collection of districts linked together.   Tokyo has been the capital of Japan since the Meiji restoration.   This was when the military ‘shogun’ government collapsed and Meiji (1852-1912) became emperor in fact as well as name at the age of 16.   Meiji moved the court from Kyoto, adopted a constitution based on that of Germany and established Shinto as the state religion.

There is a Shinto shrine in the district of Harajuku dedicated to the Emperor Meiji.   Shinto shrines put on special festivals at certain times of the year.   The most important one for this shrine is Jan 1st at which 3 million visitors attend.   Visitors to shrines typically clap their hands to attract the attention of the spirit to whom the shrine is dedicated.   Rich ‘clients’ at this shrine can hire a drummer to bang this drum just to be sure Meiji wakes up and attends to his prayer.

Another district is Asakusa which is home to the Buddhist temple Senso-ji (below).    This was founded in the 17th century.

The approach to the temple is lined with souvenir shops and restaurants.   Within the temple grounds is an art gallery and a quiet garden contrasting with the hustle and bustle outside.

Japan is well known for its martial arts.   Possibly the earliest is Sumo which has been popular since the 6th century.   It is associated with Shinto.

Sumo festivals were part of the ritual of praying for a good harvest.   Prior to each bout which lasts anything from a few seconds to a few minutes there is a purification ritual of washing out the mouth with water and throwing handfuls of salt around.   The referees wear costumes very similar to those of a Shinto priest.   Above the ring is a thatched roof.   The platform where the wrestling occurs is made of clay.   Each wrestler in the festival fights about 15 fights against opponents of selected grade usually ending up with the two favorites fighting for the title.

The overall winner gets a number of cups donated by various bodies.   Most of the cups are bigger than the wrestler!   Here are two bouts.

Another cultural delight is the traditional theatre dating from the 17th century.   Women actors were banned by the shogun.    It is highly stylised with larger than life characters.   In this picture the hero is an enormous samurai with a 7ft sword.   His costume accentuates the size of him.   At one point in the proceedings he ‘decapitates’ about 8 or 9 thugs with one sweep of the sword.

The decapitation was engineered by the victims pulling their kimonos over their heads and dropping wooden heads from under their kimonos.   They then ran off!

Note the length of his trousers which hide his high shoes.   This was the court fashion in feudal Japan partly because it made walking so difficult it would be hard to try an assassination attempt.

Kamakura is about 30 miles south of Tokyo.    Kamakura was capital of Japan under the shogun Yoritomo from 1192 until 1333 when the emperor regained control.   The capital then reverted to Kyoto.   As a result of this event 800 retainers of the shogun committed suicide.   Kamakura has 65 Buddhist temples and 19 Shinto shrines.   The most famous site is the great bronze Buddha seen here:

About 60 miles west of Tokyo is the lake district of Hakone.   On a clear day there are great views of Mt Fuji across the lake, but when I was there all was mist and cloud.   Hakone is one of the many hot springs areas in Japan.    This means that each hotel has a communal hot bath or onsen.   Male and female are separate though I am told in very rural areas they might not be.   If you are lucky the onsen is open to the countryside and you get great views whilst soaking in 110oF.

Onsen are not for washing in – you are expected to thoroughly wash and clean up before getting in.   You are provided with a small towel to cover your privates when walking to the bath.   You can put the towel on the side or put it on your head whilst you are in the onsen.

People with tattoos are not allowed in the onsen as tattoos are associated with the mafia.

To get a good view of Mt Fuji you have to wait for a clear day then take a day trip by train to Kawaguchi which is about 60miles from Tokyo and about 8 miles from Fuji.

Another day trip from Tokyo is Nikko about 70 miles away.   The star attraction of the complex of temples and shrines called Tosho-gu is the shrine dedicated to the Shogun Tokugawa Ieyasu (1543-1616).

Ieyasu was the shogun in James Clavell’s novel “Shogun” which was based on the life of the real-life British sailor Will Adams who was shipwrecked in Japan and became an honorary samurai for services to Ieyasu.

Ieyasu chose Nikko as the location for his tomb and his son Iemitsu constructed the complex.   Amongst the spectacular buildings is this:

Kyoto was on the list of Japanese cities scheduled for atom bombing by the United States in 1945.   Fortunately US Defense secretary Henry Stimson knew about this city’s architectural and cultural significance.   The city has about 1600 Buddhist temples, hundreds of Shinto shrines and gardens, and several imperial villas and museums.

Shinto shrines always have gateways called Torii, sometimes many of them.   They are sometimes just large enough to walk through and sometimes large constructions such as this one near the Heian shrine in Kyoto.

One of the dozen or so festivals that take place in Kyoto every year is the Aoi Matsuri.   A parade of people dressed in Heian costume parade through the streets from the Imperial Palace to two Shinto shrines.   The paraders all wear sprigs of a plant.   The guide book says they’re hollyhocks.   The leaflet handed out at the parade said they are ginger plants.   The plant was supposed to ward off earthquakes and thunder.

One of the most famous temples in Kyoto is the golden pavilion ‘kinkaku-ji’.    This was built by the shogun Yoshimitsu (1358 -1408) as a retirement home.

Perhaps the most famous Zen garden is Ryoan-ji situated in Kyoto.   It was laid out in the 1400’s but not ‘discovered’ until the 1930’s.

There are 15 stones in 5 groups.   Not all are visible from any viewpoint.

There many different styles of garden in Japan.   The one below is the private garden in Kyoto of marshal Yamagata Aritomo a leading member of the Meiji Government.   It was here that Yamagata plotted the invasion of Russia (1904).

Arashiyama is a district of Kyoto famous for its temples and bamboo forest.   In the river cormorant fishing still takes place in the summer.

A day trip from Kyoto is the town of Himeji dominated by probably the most famous castle in Japan.   The current castle was built around 1600.   In common with most cultural and religious buildings it is painstakingly disassembled and reassembled on a 30 year rotating schedule to make sure it does not decay.   It was never attacked and it survived WW2 unscathed.   Himeji castle is supposed to resemble the flight of a wild egret.

Next door to the castle is a set of 9 gardens built in different but traditional styles in1992.

Another day trip from Kyoto (in the opposite direction) is Hiroshima.   On 6 Aug 1945 the first atom bomb exploded over Hiroshima at a height of 1600ft.   Hiroshima was a garrison town with the local populace and Korean POW’s employed as slave labour.   The equivalent of 15,000 tons of TNT destroyed 70,000 buildings and killed 80,000 people, a further 60,000 dying from radiation.

It was not the worst atrocity of the war: in one night in 1945 bombing of Tokyo killed 200,000 people, and the Japanese are reported to have massacred a similar number of Chinese in Nanking.

The Police headquarters was directly beneath the explosion which accounts for why its walls were some of the few left standing with the iconic dome preserved as a memorial.

In the middle of Japan is the well-preserved town of Takayama.   There are two festivals a year when 11 elaborate floats with mechanical puppets are carted round the streets.   Most of the floats date from the 1600’s.   Each is insured for over $2 million.   The most famous one is the one on the right here.   The small puppet shimmies from horizontal bar to horizontal bar, finally somersaulting onto the back of the monk at the front.

The mechanism is a closely guarded secret and it is controlled by eight puppeteers hidden inside the float.