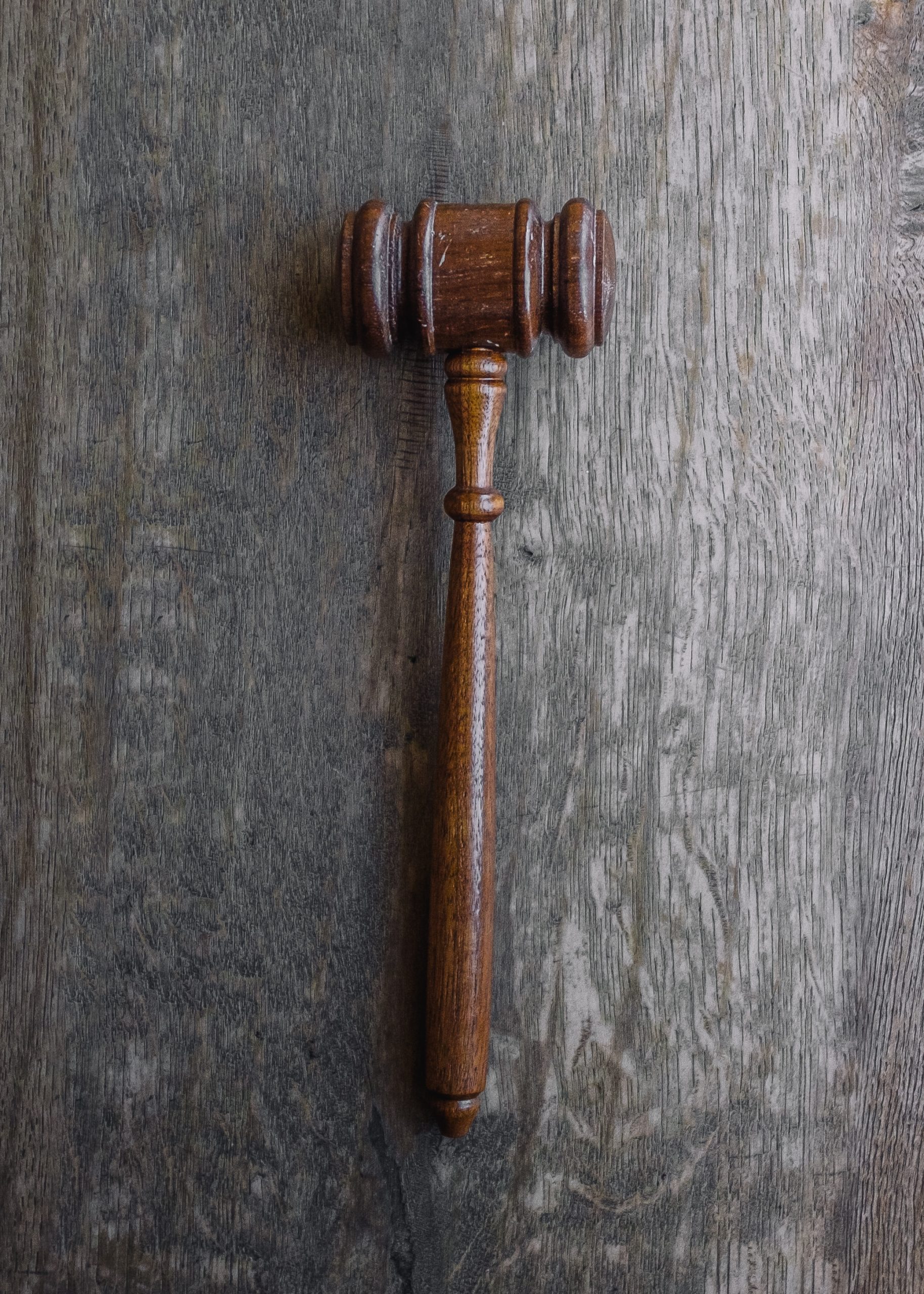 An article by Christopher Dunn and Kevin Pell

Editor’s Note: This article is presented for educational purposes only, and is not intended to be legal advice. If anyone has questions regarding a specific set of circumstances, he or she should contact a private solicitor. It is published here by kind permission from Christopher Dunn.

The law of self-defence in the United Kingdom is born out of the common law. That means that defending oneself, defending property and defending others derives from law made by judges rather than law made by the government in an Act of Parliament. One can only use as much force in the defence of oneself, one’s property, or others as is reasonable in the circumstances.

The law on the prevention of crime, (a close cousin to self defence), is enacted by virtue of Section 3(1) of the Criminal Law Act 1967. This section provides that “A person may use such force as is reasonable in the circumstances in the prevention of crime, or in effecting or assisting in the lawful arrest of offenders or suspected offenders or of persons unlawfully at large.” What is central to both legal concepts is the requirement of reasonable force. One can only use as much force as is reasonable in the circumstances to:

A person who is attacked or believes that he is about to be attacked may use such force as is reasonably necessary to defend himself or another or to defend his property. If he uses reasonable force he will be acting in lawful self-defence, and would not be guilty of an offence. A person does not need to be attacked before he can avail himself of self defence.

If he believes that he is about to be attacked he can strike pre-emptively. There is no requirement to retreat when attacked even if the opportunity to do so presents itself. Failing to avail oneself of such an opportunity is simply a factor to be taken into account in deciding whether it was necessary to use force at all.

Therefore there are two questions for a jury to address in deciding whether someone has acted in self defence. Firstly, an individual can only be properly said to be acting in self defence if in all the circumstances he honestly believes that it is necessary for him to defend himself, his property, or another and the second question is whether the amount of force which he uses in doing so is reasonable. So an individual who is acting out of revenge, bravado, or aggression does not act in lawful self-defence because in all those circumstances he could not honestly believe that it was necessary for him to defend himself, and as such he would be guilty of the offense charged.

If the jury decides that a person may have been acting in the honest belief that it was necessary for him to defend himself, they must then consider whether the amount of force used was reasonable taking into consideration the circumstances and the danger that person honestly believed himself to be in at the time.

Force used in self-defence is unreasonable and therefore unlawful if it is out of all proportion to the nature of the attack, or is in excess of what is really required of a person in defending himself, his property or another. What is reasonable force in the circumstances is usually a matter of common sense. The greater the threat the more reasonable it would be to use greater force in self defence. So if a person is attacked by a man with a knife in the street and breaks his arm in defending himself this may be reasonable. Greater justification may be called for if he breaks the arm of an unarmed attacker.

Perhaps most importantly, it is not for a person to prove that he acted in lawful self defence, it is for the prosecution to prove, so that a jury is sure that the person was not acting in lawful self-defence.

For the martial artist the principal concept to consider and remember in effecting a technique on the street is that any force used may have to stand up to legal scrutiny at a later date. When faced with a threat, the martial artist has to consider an appropriate use of force by direct comparison to the threat. If the threat level escalates then the amount of force used can escalate. If the threat level diminishes any amount of force would also be expected to diminish.

The authors are currently compiling a book about martial arts and self defence and would be interested in hearing any stories from martial artists who have employed their skills and the reaction they received from law enforcement officials and/or the Courts.

Chris Dun is a Barrister at Law, Sovereign Chambers, Leeds, England. He may be reached at: chrisdunn@eidosnet.co.uk

Dunn was born in 1966 in Newcastle upon Tyne. His father and grandfather were successful amateur boxers and he was taught to box from an early age. He has had a lifelong interest in martial arts, studying Aikido while attending university and later, Ju Jitsu.

Before attending university Chris joined the Royal Marine Reserve and then went on to join the Special Constabulary with Northumbria Police before becoming a full-time police officer with Kent County Constabulary. It was his service with the police that precipitated his legal career.

In 1988 Chris undertook an undergraduate degree at Newcastle Polytechnic before embarking on postgraduate studies in law at Newcastle University. In 1995 Chris studied for the Bar exams at the Inns of Court School of Law in London and was called to the bar by the Honourable Society of Gray’s Inn in 1996. From 1996 Chris has been a tenant at Sovereign Chambers in Leeds as part of the criminal team.

Kevin Pell was born in 1958 in Edmonton, North London, and began his martial arts career in October 1966. During his 35 years of training to date he has studied the arts of Judo, Karate, Ju Jitsu, Kung Fu, Shorinji Kempo, Kickboxing and most recently Iaido and Kendo.

In 1982 his fascination with the striking and locking arts took him to Japan to study the art of Shorinji-Kempo at the Honbu Dojo (headquarters). In January 1990 he opened the very first Ishin Ryu school of Ju-Jitsu based in his home town of Borehamwood, Herts, in the United Kingdom.

Since early 1990, Kevin Pell has received invitations to teach worldwide his no-nonsense style of Ju-Jitsu attracting international attention from many of the worlds’ leading close protection agencies and military special forces.

Kevin has served with the Royal Marine Reserve and the Royal Military Police. He was also a dog handler in The Parks Police completing his service in the rank of Sergeant. In 1996, Kevin was invited to join an elite team of close protection officers drawn from Britain’s’ Special Forces, responsible for the personal security of leading members of the United Arab Emirates.

His Ishin Ryu Ju-Jitsu clubs have had numerous television appearances both nationally and internationally. They have appeared on The James Whale Show, LWT’s You Bet, The Link, Sky and Cable Television. Kevin has recently appeared as an instructor in Andy McNabs recent video “The S.A.S Survival Guide” where he trained and arranged the escape and evasion sequence.

Kevin appears regularly in martial arts magazines and publications both here and abroad including the internationally acclaimed best seller The Ultimate Book of Martial Arts in which a 32 page section is dedicated to Kevin’s’ unique style Ishin Ryu Ju Jitsu. He continues to receive invitations to teach and expand both at home and abroad.

Kevin holds a Kyoshi teaching diploma presented to him by The Tokushima Budo Council and is a certified member of The Dai Nippon Butoku Kai. Soke currently teaches full time at Honbu, Caston village, The Hawksmoor Centre, Manor Lodge and the Norfolk Golf and Country club.
He was recently been inaugurated into Combat Magazines’ “Black Belt Hall of Fame” and was presented the award by Paul Clifton, (editor of Combat Magazine), in recognition of his outstanding contribution to the martial arts.